Few Years ago I bought my MacBook Air 2015 edition at an online sale at a very good price. As years pass by, the feel of cold aluminium on my lap has marked my mornings, as I sip my coffee and type my story of the day. It served the perfect device for writers, lightweight and slim with a keyboard egged on to tap it.

It is easy to handle most of the tasks the journalist throws at, there are occasions in handling high-resolution photos or RAW files that feel a bit of struggling. The new MacBook Air won’t complain on that front. Thanks to the new Apple M1 silicon that powers it.

How great is the new MacBook Air with the M1?

Here comes the feel after using it for a couple of weeks. When it comes for looks, the MacBook Air is not different from the version launched earlier this year. It has the crystal clear display, the finger-friendly keyboard with TouchID and large trackpad. There are just two USB-C ports. All changes are present inside.

Apple put it’s M1 chip inside, this is the first MacBook Air not powered by an Intel processor. Apple’s new silicon has a 5-nanometer technology and a 16 billion transition inside. All that reads like Greek to an average reader, she needs to know that this is the most powerful processor with integrated graphics that has gone into a laptop ever.

Apple’s new chip design has a low thermal footprint, it’s faster in processing machine learning and offers double the battery life of an average laptop. You would realise this is a different MacBook the moment you set up the device.

When you download the apps as you need, you are confronted that not all apps are compatible with Apple’s silicon. Some apps like Google Chrome have the option to download a version compatible with M1. With Adobe software, you can use the existing versions. Photoshop has released a Beta version for the M1. We can start with Chrome. The world’s most popular browser has a power guzzler.

Our company’s IT team recommends opening one tab on the browser when using standard-issue office laptop. Else everything would grind to a halt. The new MacBook Air has over three dozen tabs open, one streaming a Youtube video, while I work on the WordPress backend. I could not hear a whimper from the computer as it is cool as a cucumber all the while.

I could not hear any cries of protest from the computer because it is a fanless design. It becomes even more surprising that the device stays cool despite heavy lifting. I do the native photo editing capabilities of the macOS to work on a PRO RAW image shot on the iPhone 12 Pro Max.

The software can identify the background and remove it in a second. I haven’t seen any computer work this fast with RAW images. With the Beta version of Photoshop, I could do more and function as if pinching a face to make it look slimmer without literally processing time. Every time you open a RAW image on the iPhone 12 Pro Max it would take a second and show a processing message.

There is no delay on the MacBook Air. You will notice this bump in speed when engaging in video editing, even if it is 4k file shot on the iPhone 12. The output would be faster than you expect. Also moving files is much faster.

The M1 comes from Apple’s mobile processor thinking, the new MacBook Air run in iPad and iPhone apps without porting at all. You can switch to see the mobile apps available for any search at the Mac store. You can listen to music from JioSaavn or run the Flipkart app on the device without the browser.

The MacBook Air goes to be used for much more than work. I am inclined to download and test out Little Orpheus, one of the games optimised for the new silicon.

The rich environment is set to sheer physics of the gameplay from flying sparks to the smoke as the protagonist moves to the movement of hanging rocks, the game presented by one of the best graphics experiences I had on a MacBook Air. The entire game flow would be smooth though I had multiple things running behind at the time.

The best aspect is the new MacBook Air has the battery life. This could end up being the USP of the device. The new M1 processor makes the juice last over 18 hours, that’s the two working days we used to work in the office. When we work from home the laptop whites away from daybreak to midnight, you have to charge it daily.

What would be better?

The slight disappointment with the M1 is how the apple has not pushed the ability of the camera when compared to the earlier versions. With the Full HD front camera, this MacBook Air has the opportunity to be relevant for the pandemic times we live in. The users have access to specific software, with some frustration initially in making it compatible with the new silicon  So keep this in mind before committing yourself to the new MacBook Air.

Why should you buy the new MacBook Air?

When you look to buy a new laptop for the new year and your budget is in the Rs 1,00,000 range then don’t look further. And if you were planning to buy the MacBook Air, then buy only this version as it costs the same as the Intel version. If you need high processing power all through the day, you will need the MacBook Pro as any fanless model that comes with some limitations. 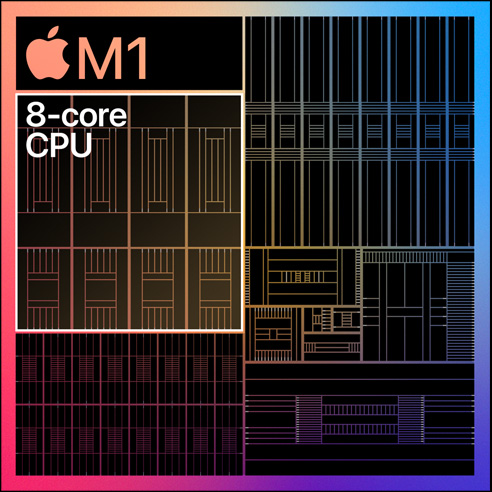 The new MacBook Air has the M1 processor that gives users a runway to do more with their laptops right from editing videos to graphics-rich gaming and not paying anything extra for the enhanced experience. This MacBook Air is considered as the laptop of the year and M1 as the processor of the future.

How to use Gmail Offline

Blockchain Gadgets – Be A Step Ahead In Technology

ABOUT US
gadgetzebra.com is the Best Technology Blogging website in UAE which provides high quality contents on technology trends,social media,internet,technology startups in Dubai and other places etc
FOLLOW US